The University of Delaware Men’s Basketball program announced their 2018-2019 Non-conference schedule on Tuesday which will have the Blue Hens open their season at Maryland on November 6th.

The Blue Hens stay on the road for the following game against Saint Peters which is on November 10th.

Hens then head on the road for one game to face Cornell on November 13th.

The Chestnut Hill, Wilmington University, UNCG and Louisiana Tech games are all a part of the Delaware Invitational.

After the three game home stand, Blue Hens go on the road for two games which are against UMES ( November 30th) and Columbia ( December 2nd).

Then the team heads back on the road again for a game against Stony Brook on December 16th.

Blue Hens end the Non-Conference part of their schedule at home against Delaware State on November 19th.

Full Schedule Below: ( Courtesy of University of Delaware) 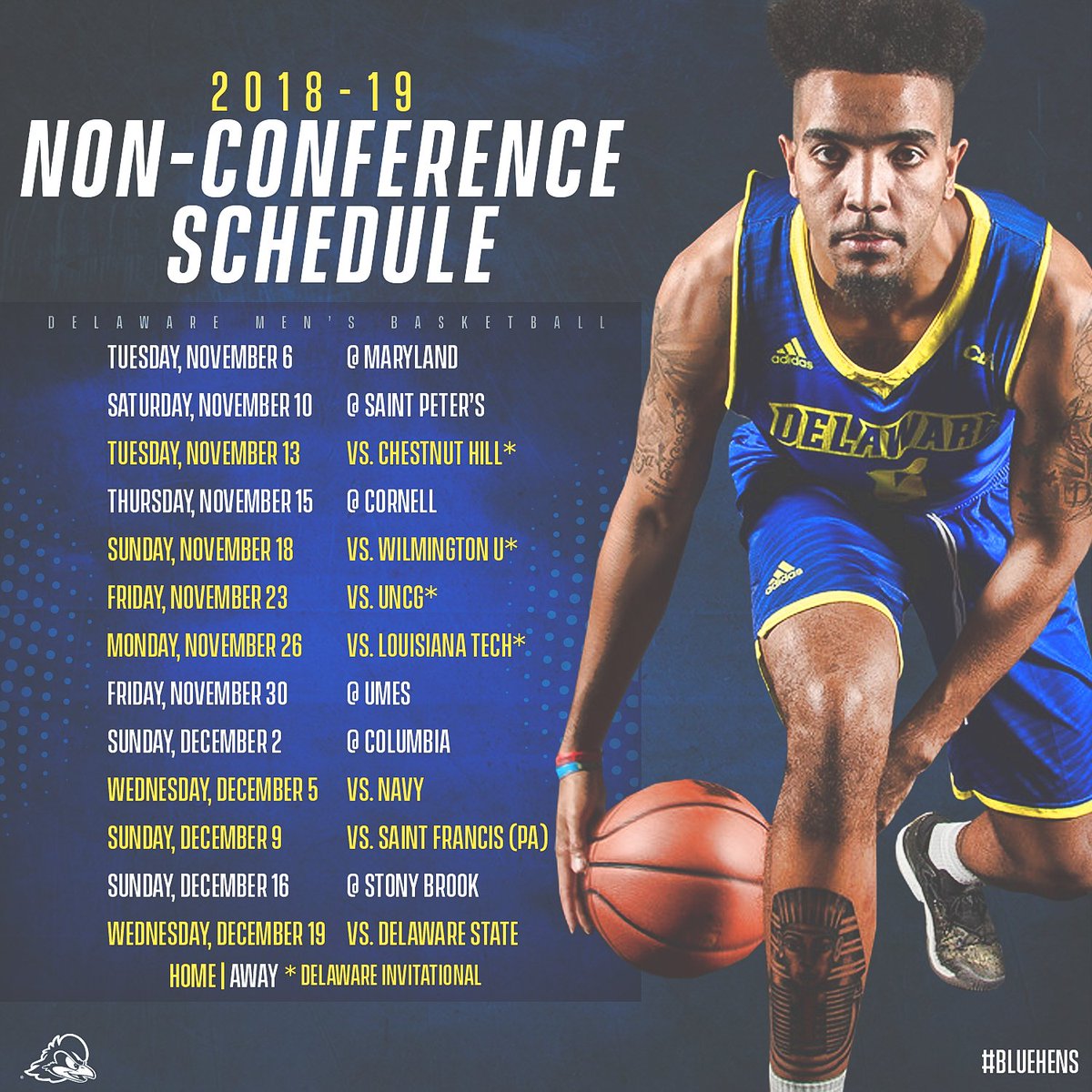