University of Delaware Football team put up a strong effort against the top ranked Colonial Athletic Association member James Madison but it was not enough on Saturday.

The Hens fell to the Dukes 20-10 as the team struggled on offense consistently throughout the game. Also, 3 costly turnovers changed the game for the Blue Hens.

There were some positives though, the Blue Hens defense shut down James Madison’s high scoring offense which the Hens only allowed 347 yards and one touchdown. JMU usually averages a CAA leading, 56 points per game and 560.0 total yards per game. The 5-0 Dukes had entered this game outscoring their opponents 189-48.

Speaking of the Blue Hens Defense, that is how the action started for them with the Delaware flexing their defensive muscles to set up their first score.

Around the 11 minute mark in the first quarter, JMU’s running back Marcus Marshall fumbled the football at the Dukes 35 which was forced by Hens linebacker Anthony Jackson and then recovered by Hens defensive lineman Cam Kitchen.

The fumble set up a 55 field goal attempt by kicker Frank Raggo which was good with 9:05 left in the 1st quarter. The field is goal is the 4th longest in CAA history and the longest in Delaware’s football program.

Then the Dukes answered right back with a score of their own, with a five play, 75 yard drive that led to a touchdown.

The highlight in the drive was JMU’s running back Trai Sharp’s 59 yard run which ended at Delaware’s six yard line. The next play, Sharp was at again when he ran the ball 6 yards for the touchdown to put the Dukes up 7-3 with 6:57 in the first quarter.

JMU’s rushing attack was the weak spot for the Hens defense as JMU’s Sharp had 185 yards on the day with one touchdown and the team overall had 254 yards rushing.

In the ending minutes of the first quarter, the Blue Hens were driving and quarterback  Joe Walker was either finding Wide receiver Diante Cherry or doing it by himself with his feet to move the Hens down the field.

Speaking of Cherry during this drive, the Blue Hen caught his 100th reception of his career making him only the 19th Blue Hen to reach that mark. 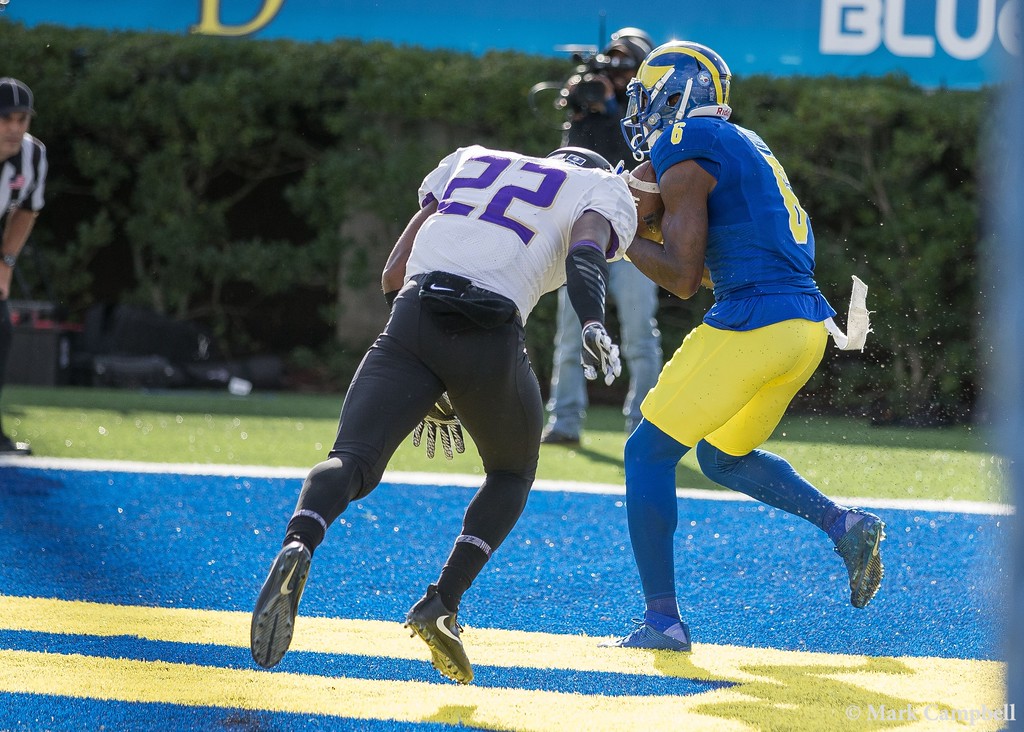 As the 2nd quarter started, the Hens were methodically moving down the field and finally scored when QB Joe Walker found WR Jamie Jarmon for the 15 yard touchdown to put the Hens back on top 10-7 with 12:07 left in the 1st half.

Then about the 6:50 mark, QB Joe Walker tried to run with the ball and got the ball forced out his hand by JMU’s defensive end Andrew Ankrah who also recovered it and ran it back 23 yards for a touchdown. That touchdown put JMU up 14-10 with 6:53 left in the first half.

On the same drive, Delaware had their longest run by a running back all day which was from Kani Kane who had took the ball 37 yards.

With about 4 minutes left on the clock the Delaware offense was driving but that momentum was stopped when QB Joe Walker threw an Interception to JMU’s safety Raven Greene.

That interception led to a field goal for the Dukes who ended the half on top of the Blue Hens 17-10.

The second half, both team’s defenses stepped up with neither offense really ever got comfortable again with the only scoring being a field goal in JMU’s favor.

That’s how the game ended with JMU winning their 17th straight game with a 20- 10 win against Delaware.

For the individual performances of the Hens, QB Joe Walker was 5 for 11, 47 yards passing, 1 TD and 1 INT.  Walker also rushed for 46 yards in the game.

The leading wide receiver of day was Jamie Jarmon who had 45 yards receiving and 1 TD on the day.

For the Blue Hens rushing attack, RB Kani Kane was the leader with 13 carries for 87 yards in the game. 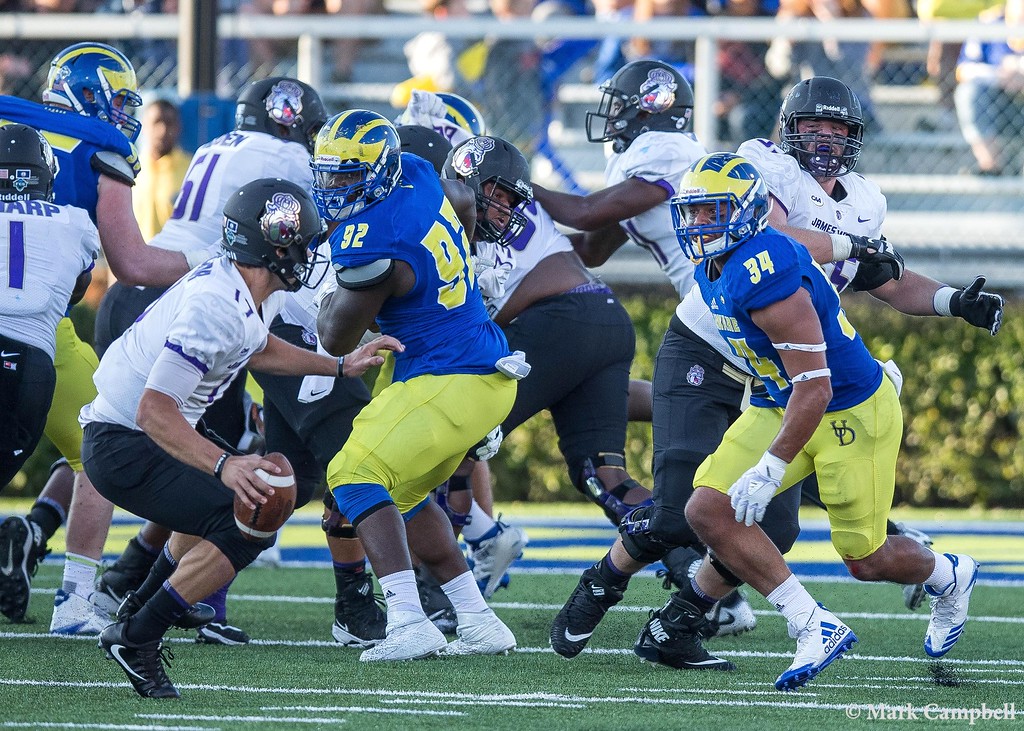 On the defensive side, the team had 96 total tackles, 2 sacks, 1 INT, 4 break ups, 1 forced fumble and 1 fumble recovery.

Blue Hens ( 2-2, 0-1 CAA) head on the road to face Stony Brook next Saturday at 6 pm ET. This is the first trip for the Blue Hens in school history to Stony Brook.

“This is a game that was hard to process. We didn’t play well offensively but we played a really good football team and we were very much in the game well into the fourth quarter. We played hard and fought to the end and we had a few moments today when we had the momentum and thought we might be able to push through but it never happened. Hats off to James Madison. They find ways to win games and they didn’t waver and stuck to who they are today. No doubt the fumble recovery for the touchdown was the biggest play of the football game.”

Blue Hens Linebacker Troy Reeder on the Loss vs JMU:

“I was proud of the way our guys (on defense) stepped up and held our ground today. I think it says a lot about our guys. We had intensity and we faced some adversity but we fought through it.”

.@DelawareFB with the first big play of the game with the INT! #CAAFB pic.twitter.com/1HXWCXwIYC

10:58, 1Q | If you cant take the heat dont come into Cam's Kitchen.#BlueHens have the ball on the fumble. #BleedBlue302 pic.twitter.com/gFnotqaxo3